At the end of last year, I agreed to give a talk live on Facebook as part of 4Networking’s weekly Saturday morning Facebook Live meeting series (“4NTV Live”).

Even though I hadn’t tried out Facebook Live at the time, I set myself the challenge of presenting a meeting including a 20min talk via Facebook Live…

After all, we have to put ourselves outside of our comfort zone and try something new every now and then!

I prepared for the Facebook Live broadcast by first going ‘Live’ in a closed Facebook group for other coaches of The Bird Table a couple of times. A safe and supportive environment – and that seemed to go OK.

First, I checked the download and upload speed in my home office and the wifi looked like it would be up to the challenge!

I got a lot of helpful advice from Todd at Spaghetti Agency – hints on how to look straight down the camera lens, how to manage responding to comments during the broadcast and tips on sound and lighting.

I also had a great chat over a cup of tea with Rene Power (Vision B2B) who had delivered a great 4NTV Live back in February.

Following Todd’s advice, I bought a tripod and lapel microphone for use with my phone, and I turned my desk around from its normal position – so that I was facing the window (rather than having the window at the side of me).

Facing the window did mean facing directly into the morning sun…

…for once I hoped it would be cloudy!!

I practised reading the meeting script during a private Facebook Live with the lovely Louise Mosley (NB Coaching), the day before the event…

I stumbled over reading the script (even though I do it fortnightly as Group Leader of 4Networking Macclesfield), my mind went blank in my own 40s introduction, and the broadcast also froze – never to be restarted!!

Alright on the night (morning!)

Anyway, April 1st came around. I got up early and got ready, dressing the part (as if I was going to be at a networking meeting or giving a talk) – including tights and boots even though they wouldn’t be in shot. I figured it would make a difference to me and how I felt.

[I recently heard a comedian on TV say that if you don’t want to get the job, turn up in flip flops :)

Years ago, I had an interview via Skype. I dressed for interview, apart from wearing flip-flops(!) I got the job…]

Being paranoid about whether our home wifi was going to hold up, I left notes around the house for my sleeping family to please stay off the internet until after 9am.

(When I was a child, my parents left a note on the piano saying ‘No piano playing before 9am’ – how times change!)

Having recently watched the video of someone being interviewed from home who was upstaged by their children, I also left a ‘please do not disturb’ note outside my office door – although Louise had kindly offered to have a walk-on part if needed!

Shaking a little, despite some Amy Cuddy-style Power Poses and an encouraging message from Rene just before it was time (thanks Rene!), I fumbled with my phone but managed to press ‘go live’…

The next half an hour whizzed by!

Many thanks to those who joined live and the, over 1200(!), people who have watched it since!

Here (despite the date, it wasn’t an April Fool’s joke…) is the video:

I’ve mentioned the content of the video, our six human needs, in a blog about getting our needs met through networking previously, and the exercise described in the video is also described here.

So, having managed my first public broadcast, it’s time for my next visibility challenge!

In a couple of weeks I’m being interviewed on a local radio station… eek!

How are you making use of the live video facility on Facebook?

Please let me know your thoughts by adding your comments below…

To find out how I can help you take action towards your goals, bring out the best in you, help and inspire you to grow and improve, please get in touch via the contact form or call me on +44 7526 740486.

[To get your free copy of my eBook ’10 questions to ask yourself about your business’, sign up for my fortnightly newsletter using the sign up box on the top right of this page, or at the foot of the page if you’re viewing on a mobile device.]

Does your coach ‘get’ you?

Small Business Coach of the Year! 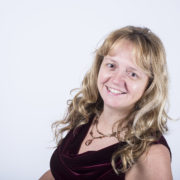 How do I set goals for the new year?

The right coach for you..?

Taking care of yourself

Defining your values
Scroll to top